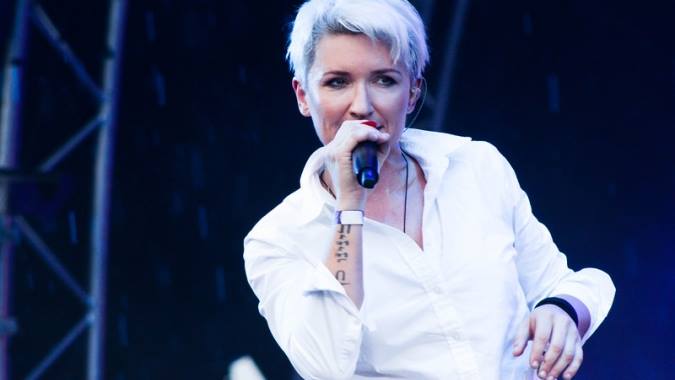 The leader of group “Night snipers” Diana Arbenina is a living legend of the Russian rock scene. The lyrics of her songs and soulful music fall into the soul. But its simplicity and openness is captivating.

Diana was born in Belarus in a family of journalists. 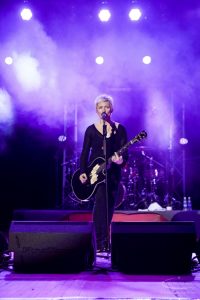 Thanks to the parents ‘ occupations, often had to relocate.

The future star graduated from the school in Magadan and entered the pedagogical Institute in the faculty of foreign languages. Later there was the faculty of Philology at St. Petersburg state University.

In his student years and began the creative growth of girls. Then she acted as a lover at student events and competitions.

In August 1993 was born the group “Night snipers”.
Then it was a duet of young girls Svetlana Surganova and Diana Arbenina. Girls successfully acted in various clubs, musical shows, participated in competitions in St. Petersburg. And created his first album “a Drop of tar in a barrel of honey”.

Only five years later the women’s team has been enriched with men: a drummer and a bass guitarist. In 1999 he released the album “sophomoric”, which includes the early composition of the group.

And in 2000, it turns out, is created on a completely different level, electric album “Frontier”. Today, more than 10 albums have been recorded. Changed the composition of the group. But unchanged remained its permanent leader, very talented and an extraordinary man Diana Arbenina.

Participant of the TV show “Two stars, ” Voice of Kraini”. Her songs are used in 15 films. Diana debuted as a master of dubbing, voicing the girl of the soldier nix from the American cartoon “Elysium”.

She has written about 230 songs. Writes poems and prose and publishes in the author’s collections. She was awarded the independent prize “Triumph” for achievements in the field of literature.

In addition, Diana Arbenina is the Ambassador of the charity Fund for saving seriously ill children “life Line”. And every concert is accompanied by a charity event to help children in need.

In the days of all 24 hours, but sometimes one person does so much for the day, what the other would take a lifetime. I think Diana Arbenina is the person who seems to have more than 24 hours in a day!